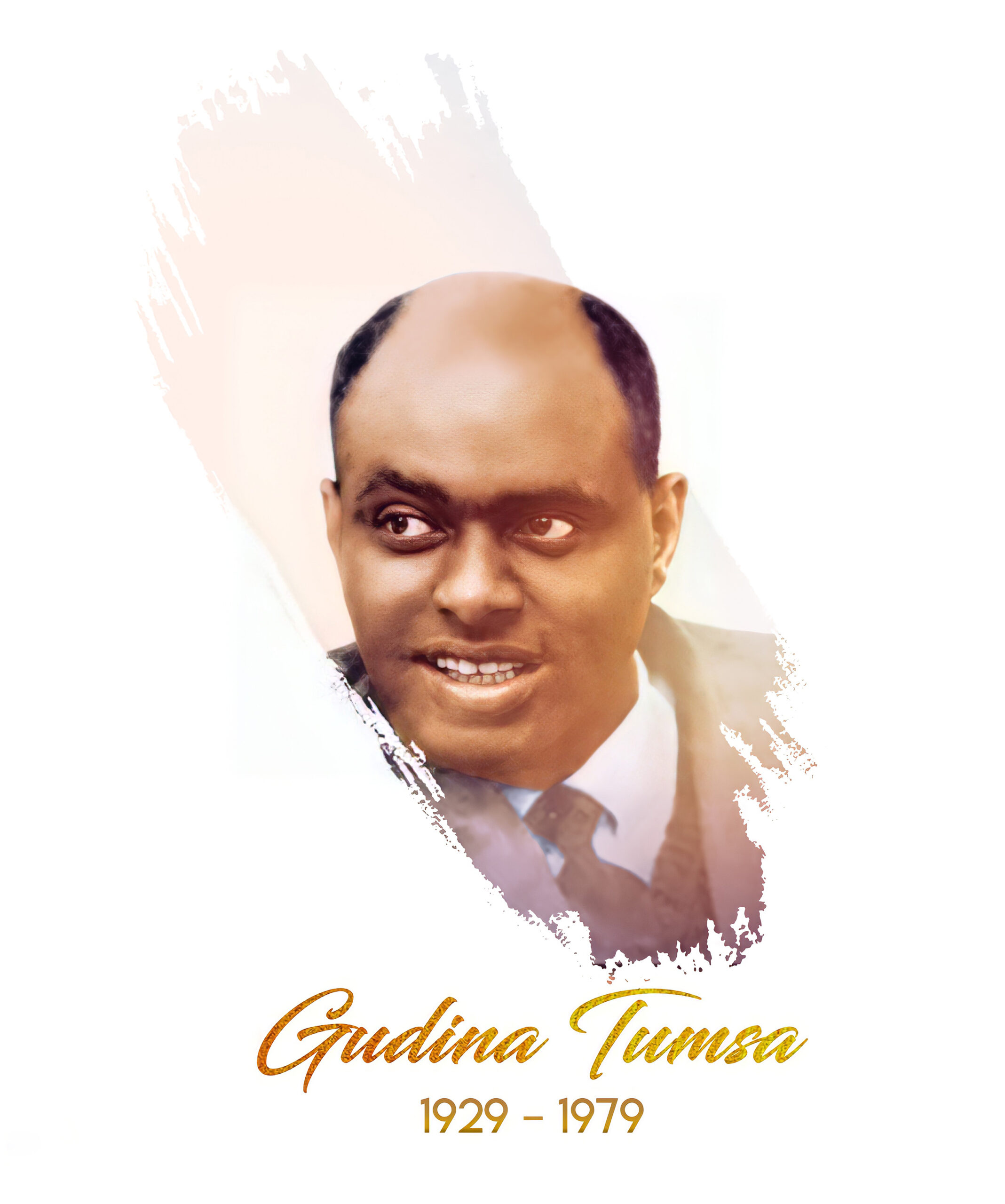 In 1991 after the fall of the communist military regime known as the Derg Aster and Lensa Gudina returned to Ethiopia, uncertain of the future yet hopeful they came back in hopes of carrying on their father’s legacy. Their return 25 years ago resulted in the inception of the Gudina Tumsa Foundation (GTF).

In June of 1992, thirteen years after his abduction and murder by the communist military regime of Ethiopia, Rev. Gudina Tumsa’s family, and friends gathered in Addis Ababa to attend his reburial ceremony. It was a time of joy and sorrow. His colleagues, friends, and family spent many hours reminiscing his life, teachings and ministry. Long hours were spent recalling the man whose faith compelled him to oppose injustice and brutality committed against the defenseless people of his country. A man who chose to stand up for justice and human rights in spite of the many personal threats he faced.

Knowing Tumsa’s eloquence in speech and persuasive ability the military government offered him a position as an international spokesperson for the regime, he boldly refused. The military government continued to make him several offers to work with them before they resolved to arrest him. When he successfully formed the Council for Cooperation of Churches in Ethiopia (CCCE) bringing together the Evangelical, Catholic and Orthodox churches in Ethiopia. He was viewed as a formidable opposition and threat to the atheist regime. Once again he was offered a position, this time to leave the country and go into exile. Julius Nyerere the president of Tanzania was waiting with his private jet at Bole International airport ready to fly him and his family out of the country but he declined saying “ I cannot leave my church and my country.” About a month later he was kidnapped, his whereabouts remained unknown for the next thirteen years. His wife languished in prison for ten years, and his children were dispersed around the world.

The disintegration of the Soviet Union and rebel forced led to the downfall of the communist regime headed by Mengistu Hailemariam in the early 1990’s. This paved the way for an investigation of the persons who had disappeared and whereabouts were unknown during the regimes reign of terror. It was this search that led to the discovery that he had died the day of his kidnapping and after thirteen years of uncertainty Gudina Tumsa’s remains were finally laid to rest.

A reburial ceremony was conducted in the presence of his family, friends and representitives of partner churches and organizations from around the world. After the event his close friends from overseas challenged the participants that his vision should be carried-on. GTF was set as a result.

In the following years a search for Gudina’s writings, speeches and sermons began. The process took many years because the expropriation of his office and residence by the military government caused the destruction of valuable writing and sermons, which he had compiled over the years. Unfortunately his notes, papers, and writing from the years of study in the United States of America were lost in the Suez Canal during the Seven Day War in 1967.